Drop Us An Email: info@mylegalservices.co.uk

We here at My Legal Services like to keep you up to date with what is going on with the British legal system. In a welcome judgement handed down recently, R (Akinsanya) v Secretary of State for the Home Department [2021] EWHC 1535 (Admin).

Mr Justice Mostyn at the high court found in no uncertain terms that Zambrano carers do not lose their EU law right to reside just because they have permission to remain granted under a route other than Appendix EU of the Immigration Rules. Up to now, the Home Office had been refusing to grant Appendix EU status to Zambrano carers who already had some kind of permission to remain (typically as a parent under Appendix FM under the 10 year route) under the Immigration rules, preventing them to apply under benefit under the Zambrano principle.

We would encourage anyone who has been baffled by the Home Office’s position on Zambrano carers to read the full judgement, as your bafflement will be vindicated! The position is now that, you can app

If you’re not already familiar, it can be difficult to understand Zambrano carers from a standing start, but here goes. Following the landmark ruiz Zambrano judgement in 2011, the primary carer of a British citizen living in the UK derived a right to reside under EU law (Immigration European Economic Area) if their removal from the UK would compel the British citizen to leave the European Union. This benefited, for example, single mothers from non-EU countries with a British child or children to be a person with a Zambrano

It is fair to say Zambrano carers have been on quite the roller-coaster ride since Brexit and the introduction of the EU Settlement Scheme. In the beginning, it wasn’t clear that Zambrano carers would be covered by the Scheme in the first place. Their position was a bit tricky because their immigration status depended on EU law, but they are not EU citizens.

Then we here at My Legal Services, covering the SE18 and WC1V areas of London and UK are here to help

Not so fast, said the Home Office: you will only get status under the Settlement Scheme if you don’t already have “leave to enter or remain in the UK, unless this was granted under this Appendix”. The reasoning was that if you have permission to remain in the UK, then neither you nor the British citizens dependent on you would be compelled to leave the UK. 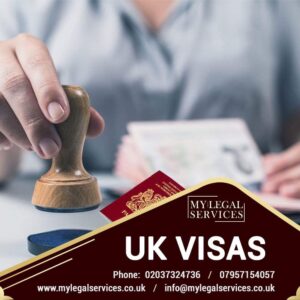 In practice, this barred a large number of people from using the EU Settlement Scheme, mostly single parents of British citizens. This is because, when faced with the choice between applying for a pre-Settlement Scheme Zambrano residence card or permission to remain as parents under the regular Immigration Rules, many single parents had opted for the latter.

The advantages of having permission as a parent were that (1) you could ask for recourse to public funds (benefits), and (2) it provided a route to settlement. Now all those parents were shut out of the Settlement Scheme.

The Home Office was wrong in law

… a claim for a Zambrano derivative right of residence is not extinguished by the existence of a current limited right to remain and work awarded under national law. [Paragraph 24]

To support this conclusion, he referred to none other than the original Zambrano case, in which Mr Zambrano had a “limited, renewable residence permit”. The judge also remarked that, in many ways, Zambrano rights are better than domestic law rights, including because they are accrued automatically. In his words:

These aspects of the residence right afforded to a Zambrano carer far exceed the entitlements granted to someone with limited leave to remain. Therefore, it is a fallacy to suggest that the grant of limited leave to remain has the effect of extinguishing a claim to Zambrano I would not go so far as Elias LJ to describe the argument as incoherent, but it is certainly illogical. [41]

Second, Regulation 16 of the EEA Regulations 2016 (previously regulation 15A) explicitly prevented a person with indefinite leave to remain from having Zambrano rights to reside. There was nothing to state that those holding limited leave to remain would be so prevented, and reading it that way would equate to adding “words to a domestic statutory instrument which have the effect of stripping away rights from what may be a substantial cohort of applicants”.

At the start of his judgement, Mostyn J stated that if he decided the case in favour of the claimant, which he then went on to do, then he would:

Make a declaration that the Secretary of State erred in law when excluding those with leave to remain from the definition of Zambrano carers under Appendix EU. In other words, the current wording of Appendix EU is unlawful.

Make a declaration that the Home Office guidance on derivative rights of residence and on Zambrano carers under the Settlement Scheme specifically is “legally erroneous” insofar as it also excludes such people. The Home Office will need to amend them both.

Make an order fixing a further hearing for the court to consider whether anything else needs “quashing”. That is set for next week.

Maybe not. We understand from Beya Rivers of Hackney Community Law Centre, who represented the claimant, that the Home Office intends to apply to the Court of Appeal for permission to appeal. All these welcome findings could, therefore, be overturned.

Should Zambrano carers who were previously shut out now apply?

Yes, as the landmark judgement allows applicant’s with leave to remain as a Parent of a British child to effectively switch from the 10 year route to the 5 year route instead, allowing them to qualify for settlement much earlier. The judgement also applies to single and co-parents of their child or children.

There are a lot of factors to consider, on a case-by-case basis. Some applicants have everything to win and gain under the judgement.

It is important that potential applicants get legal advice before applying.

For the time being, and until such time as the Court of Appeal has looked at the Home Office’s application for permission, it is unlikely the Home Office will willingly grant applications they would previously have refused. However, applicants who have already been refused and have a pending appeal may well see that appeal granted by the immigration tribunal.

But isn’t there only three weeks left to apply?

Yes, the deadline to submit EU Settlement Scheme applications is just around the corner, on 30 June 2021. That’s arguably way too short of a deadline in a context where dozens of Zambrano carers have just been told they could apply after all, (or, well, maybe, depending on what Court of Appeal does, and on how exactly the Home Office rephrases its rules).

With that in mind, there will be a further hearing next week, where the claimant will be asking that the deadline of 30 June 2021 is suspended for Zambrano carers, in view of the legal uncertainty now surrounding their applications.

My Legal Services is a Trading style name of Gordon & Thompson Solicitors (Registered in England and Wales) Registered office.

Authorised and Regulated by the Solicitors Regulation Authority – SRA No: 648378