Drop Us An Email: info@mylegalservices.co.uk

The Brigade of Gurkhas has been part of the British army for over 200 years and these Nepalese soldiers have fought hard alongside other British Army regiments. However, they have not always enjoyed the same rights as other members of the British Army, including the right to stay in the UK; the country that they put their lives on the line for. Within the last 20 years the Home Office has opened a discretionary route to UK settlement for Gurkha veterans and their family members. The case of Pun and Anor (Nepal) v Secretary of State for the Home Department [2017] EWCA Civ 2106 (“Pun and Anor”) highlights the importance of being family with the rules and requirements for this Home Office discretionary application and how to put forth the necessary compelling arguments. Our Immigration Solicitors in London are experienced in dealing with complex immigration cases and would be happy to arrange a consultation to discuss your Gurkha Family Member case in more detail.

Background and facts to Gurkha Family Member Case (Pun and Anor)
Mr Ril Pun was a Gurkha veteran from 1968 to 1989 and came to the UK in 2009. He was granted indefinite leave to remain (settlement) in accordance with the Home Office policy guidance set out below for Gurkha’s who were discharged before 1 July 1997. Mr Ril Pun’s son Mr Ganesh Pun, and his wife (born 10 February 1977 and 22 November 1987 respectively) were Nepalese nationals who entered the UK with valid leave as a Tier 4 student and Tier 4 dependent until 30 April 2013. Mr Ril Pun sponsored his daughter in law’s Tier 4 student visa application for the first year; however, the academic course fees for subsequent years were paid by the couple themselves. The couple also lived with Mr Ril Pun since arriving in the UK. On 13 April 2013, the couple applied for indefinite leave to remain as the adult-dependent relatives of Mr Ril Pun.

Judgement of the Gurkha Family Member Case (Pun and Anor)

The couple’s application for indefinite leave to remain was refused by the Home Office. In September 2014 Mr Ganesh Pun and his wife appealed the decision which was allowed by First Tier Tribunal Judge Youngerwood who accepted whilst the couple had no family life in the UK, they had established a private life. The Home Office appealed this decision and it was found that Judge Youngerwood erred in law. The Upper Tribunal agreed that Mr Ganesh Pun was a 38-year-old man in good health, who showed no emotional, financial or economic dependency on his father, thus no family life as well as contending that private life should be given less weight that family life. It went on to say that private life was also insufficient for the purposes of relying on the policy of redressing the historic injustice shown to Gurkhas and therefore upheld the Home Office’s initial decision to refuse the application. The subsequent appeal from the couple was then dismissed as the Upper Tribunal found no error of law in the Upper Tribunal’s previous decision.

What was the “historic injustice” to Gurkha veterans?

Gurkhas who were discharged before 1 July 1997 were not given the right to settle in the UK until 2004 when policy guidance finally acknowledged the debt owed to Gurkha soldiers and their family members. However, this policy guidance was deemed to be “irrationally restrictive” in that it failed to consider the length of service as well as emphasising ties to the UK which Gurkhas were inherently unlikely to obtain. Therefore, further policy guidance published in 2009 sought to correct these injustices and allowed for family members (spouses and children under 18) of Gurkhas to be granted indefinite leave to remain in line with their Sponsor. There were also provisions for children of Gurkhas over the age of 18, but only in “exceptional circumstances”. 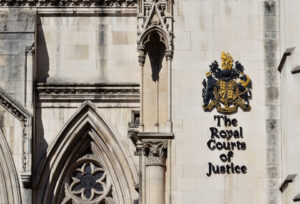 Who can apply for the Gurkha veteran visa?

The Home Office has a discretionary policy in place for those discharged from the British Army, Brigade of Gurkhas prior to 1 July 1997. Applications can be considered from the following:

Caseworkers at the Home Office are trained to reject applications which are improperly prepared, for example by failing to provide the correct supporting evidence. If your application has been erroneously refused, our solicitors and barristers will ensure your application as a Gurkha Family Member has the best prospects of success.

The UK Immigration Rules are complex and a legal representative can help ensure that your application as a Gurkha Family Member meets the Rules.

Our team of solicitors and barristers are specialist immigration lawyers who act in your best interest. We offer a client-tailored approach from the outset. From the very first meeting, we will be able to advise you in respect of your prospects of submitting an application for indefinite leave to remain as the family member of a Gurkha before your application even reaches the Home Office. We can assist you with the preparation and submission of your application and ensure that you meet all the requirements of the relevant rules.

Preparation is the key to successful immigration applications and appeals. Our UK immigration and visa solicitors are here to guide you through the complex immigration rules and requirements. If you wish to meet one of our lawyers, please call our Immigration Team so we can assess your case and arrange your legal consultation to discuss a Gurkha Family Member application.

My Legal Services is a Trading style name of Gordon & Thompson Solicitors (Registered in England and Wales) Registered office.

Authorised and Regulated by the Solicitors Regulation Authority – SRA No: 648378